Halal is a certification related to concepts mainly used in the food industry according to traditional Muslim rules: the Halal certification describes products that are permitted by Islam, as described in the Quran. In fact, Halal isn’t limited to food; such rules can be applied to anything. Therefore, Halal cosmetics certifications are becoming more commonplace.

Halal describes the allowed ingredients in contraposition to Haram, which names those that are forbidden. Thus, the criteria for a Halal certificate includes avoiding Haram ingredients, such as intoxicants or pork, among others. When animal ingredients are used, they should be slaughtered in a prescribed manner in order to minimize their suffering. Here, we look at why halal certification is becoming increasingly relevant in the Beauty and Personal Care industry.

Halal is growing beyond religion

Initially, Halal derives from a Muslim precept which uses this word to describe everything that is lawful and permitted according to the Islamic law. More specifically, it’s widely used to describe dietary prescriptions. However, Halal products have increasingly reached non-Muslim consumers as a synonym of social responsibility, caring for the environment and animal welfare, making the Halal label recognized and sought after.

As a result, this certification has outgrown its religious origins and not only targets Muslim consumers but also eco-conscious and cruelty-free consumers.

The Halal certificate works as a world-wide known label that verifies food and cosmetic products adhering to the Halal laws and restrictions.

A basic outline of Halal requirements

To be considered Halal, any consumable or product has to follow a specific set of rules laid out in the Quran. Some of the limitations include:

In order to obtain Halal cosmetics certifications, a recognised Islamic institutional authority supervises production sites and monitors raw materials in order to verify that they adhere to Halal prescriptions. The Halal certificate includes many other processes aside from production, including the utensils or machinery that are used to manufacture it, which should be cleansed according to Halal precepts.

This is a useful exercise for cosmetics companies looking to the future. This is not only because Islamic markets are increasingly powerful – for instance, Indonesia is now the world’s fourth most populous nation – it’s also because Halal is increasingly seen as a mark for ethics and sustainability. As a result, conscious consumers are looking for Halal along with the world’s many millions of Muslim consumers. This makes obtaining Halal cosmetics certifications an astute marketing move now and into the future. 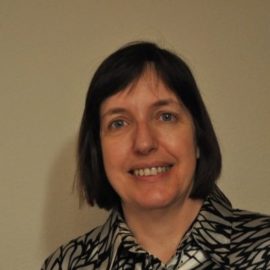